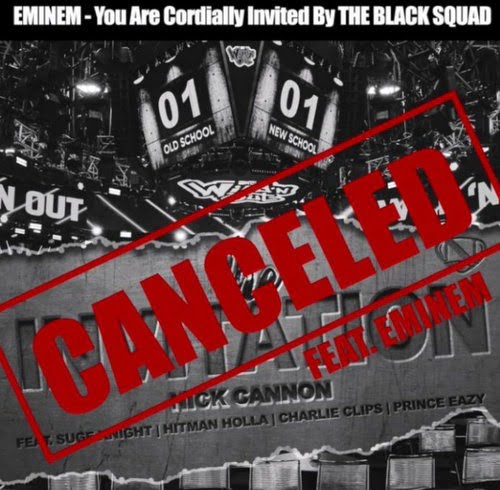 This comes right after releasing two diss tracks directed at legendary rapper Eminem, Nick Cannon has returned with the third consecutive track and fans are already saying Eminem doesn’t see any reason to reply Nick as he is only chasing clout.

On the latest track, Cannon declares that Em is “canceled” as a sample of a young Marshall raps, “Black girls are bitches, black girls are dumb.” The track was quickly made private after its public upload went live, but was later shared with TMZ as a dramatic music video showing Cannon in the studio.