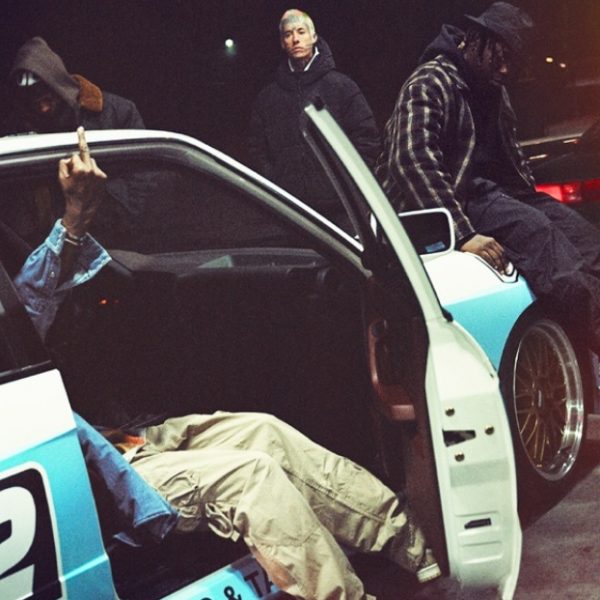 [Verse 1 – Don Toliver]
Get on down (Get on), bad enough (Bad enough)
You and all your friends hopped out that Bentley truck (Bentley, yeah)
You doin’ your thing, baby, live it up (Live it up)
You showin’ out and you don’t give a fuck (Yeah)
It’s a rodeo, go on and touch your toes (Touch your toes)
I’ma hit you from the back and that’s as far as it goes (Oh yeah)
I done knocked ’em all down like some dominoes (Dominoes)
She get money off that pussy and she climb the pole (Yeah, yeah, yeah)
You got two choices, either heaven or hell (You got two choices)
Meanwhile, put that dope on the scale (Brick or a bale), yeah
Meanwhile, bitch, I’m watching for 12 (Uh-huh)
Prayin’ to my God I ain’t goin’ to jail

[Verse 2 – Offset & Quavo]
Know you had enough (What?)
Lookin’ like what the fuck (Who?)
You can’t trust, you think I’m in love with lust (Ooh)
She look possessed, go and get it off your chest (Hey)
She asked to read my texts (Texts)
Lookin’ in her eyes, she stressed (Stressed)
Shawty get wet like baguettes (Baguettes)
Take off your gown and your dress (Take it off)
She got C-cup, D-cup breast (D-cup)
She bird and she live in a nest (Brr)
I’ma swerve and get off at the exit (Swerve)
The rock on her finger dyslexic (Stupid)
Get the money, I gotta protect it (Protect it)
Brought my hand, but I never regret shit
All these bitches lyin’, wanna sex me (Lie, oh)
Eat it up, tryna catch me (Eat it up)
They want the dressing and the recipe (Recipe)
I want the buns like the sesame (Sesame, yeah)