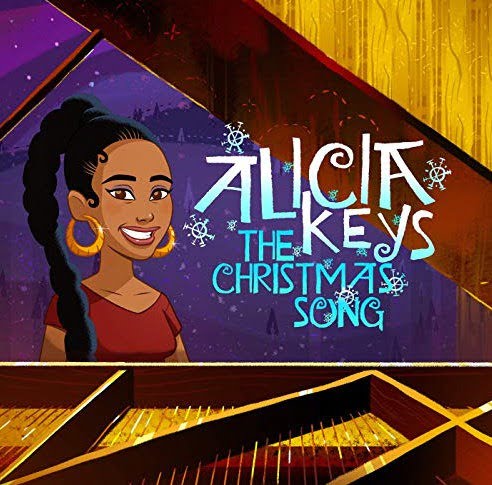 “The Christmas Song” is a new Christmas track by American singer, Alicia Keys.

The new R&B track from Alicia is a cover of The Christmas Song (Chestnuts Roasting On An Open Fire) (1946 Recording) by The Nat King Cole Trio. Her own version was written by Robert Wells & Mel Tormé.

Also, It was released on December 13, 2019. Keys has received numerous accolades in her career, including 15 competitive Grammy Awards, 17 NAACP Image Awards, 12 ASCAP Awards, and an award from the Songwriters Hall of Fame and National Music Publishers Association. She has sold over 65 million records worldwide.

Considered a musical icon, Keys was named by Billboard the top R&B artist of the 2000s decade and placed number 10 on their list of Top 50 R&B/Hip-Hop Artists of the Past 25 Years.