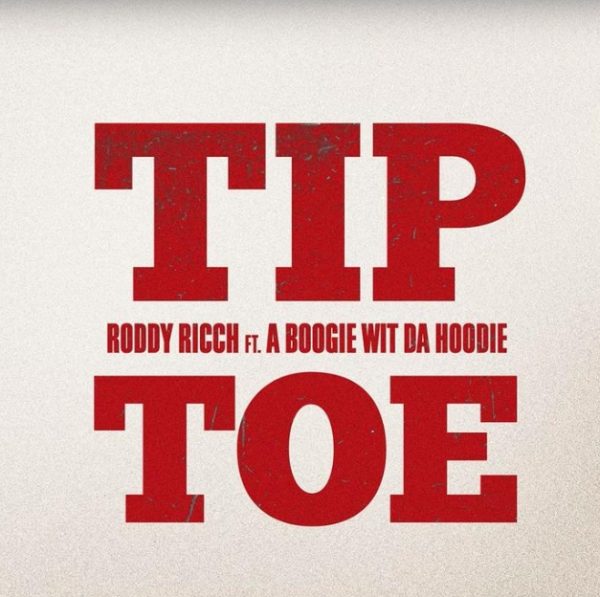 Roddy Ricch links up with Rapper, A Boogie Wit Da Hoodie comes through with a new song titled “Tip Toe.”

We’ve been waiting for more information regarding Roddy Ricch’s upcoming album and, finally, the day has come. Not only have we gotten a release date but Roddy hit up Zane Lowe’s radio show on Beats 1 to discuss his new single “Tip Toe” with A Boogie wit da Hoodie and a surprise feature on the forthcoming body of work.

The project is expected to be released on December 6. Roddy Ricch is expected to make his mark on the hip-hop game, coming through with a full-length effort and revealing that Meek Mill will be featured. “The album’s coming on December 6th, man. Please excuse me for being antisocial,” told Roddy to Zane. “It’s going to have a couple of features on it. I mean, most definitely. Me and Meek ain’t really had our time to really just shine on a record together. So for sure, me and Meek, we the only two on the song.”

Roddy is excited with his track with A Boogie, here’s what he has to say. “When we first met each other it was just more so just conversation to understand where each other was from, understanding his perspective on how he was raised and what he was brought up doing and he just got to hear a little bit of what I got into and we just had a bond over that,” he said about Boogie. “And then it kind of just grew from that. For me, it’s never been a thing. I used to look at it like, if I’m doing music with somebody, obviously they did it for a purpose, which obviously all the time that wasn’t true, but that’s just how I had looked at it.”