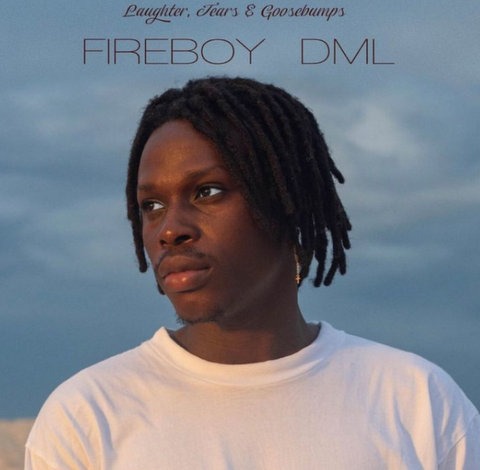 Fireboy DML delivers what seems to be a mixture of emotions – a lover boy capable of getting you in your feelings and also winning hearts. He has been topping charts ever since breaking into the music scene with his hit single “Jealous”.

The 23-year old Fast Rising singer is a proven songwriter with constant release of good music such as “What If I Say” and “King”. This is not surprising considering that the youngster has prolific Nigerian rapper Olamide as his mentor.

Fireboy’s “Laughter, Tears & Goosebumps” comes with no guest features. This is a break from the norm that sees new artists tending to package their debut projects with guest appearances.

The ‘Laughter, Tears & Goosebumps’ album comprises of 13-tracks of good vibes and feelings. It also present the Afro-life crooner as a hybrid of Wande Coal and Adekunle Gold.