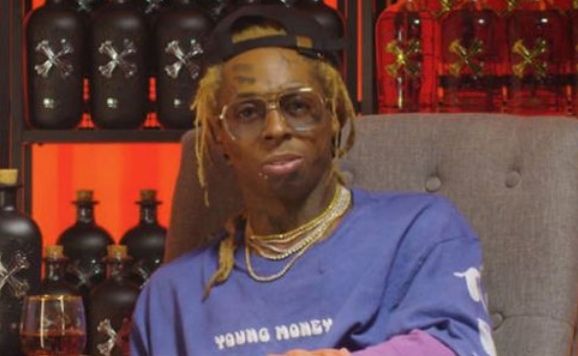 American rapper, Lil Wayne just dropped the third part of his Bumbu Room series, in which he answered some questions.

This time around, he talked about his worst habit.

“Staying up to work too long and not ever being finished with whatever I started, whatever song I’m doing—not ever being finished in the studio. Every song that I ever put out was unfinished. Is that a bad habit? I can’t listen to whatever songs I have out until Cortez put it on a setlist for my show,” he explained. “That’s when I have to listen the song because I have no idea what the words are … That’s the only time I got back and listen to it because simply I’m working on other stuff.”

He talked about not really listening to to Hip Hop for a good reason.

“I listen to music that’s not Hip Hop all the time because I don’t listen to no other Hip Hop but my damn self,” Weezy states. “For me, of course, you got Anita Baker, Keith Sweat, Marvin Gaye, Bob Marley, Tech N9ne — if you wanna call that Hip Hop — you got Judas Priest, Lamb of God, Nirvana, and Blink-182.”

“I love it,” Wayne said about the new school. “I love that it actually changed because back in the [day] you had to spit your heart out. Now it’s let’s just make something that’s cool to hear, we don’t have to listen to it. Listening is different than hearing.”