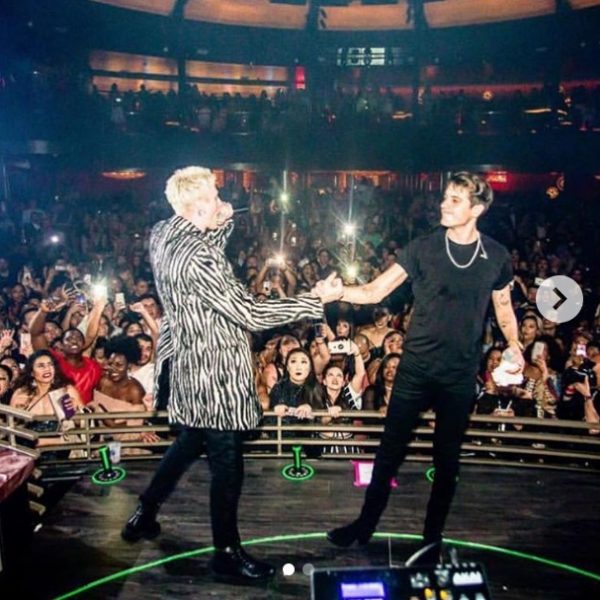 G-Eazy and Machine Gun Kelly reconciled back in April. They publicly squashed their beef and affirmed their friendship during a performance at KAOS nightclub in Las Vegas.

However, the Oakland rapper revealed how Kid Cudi helped them put their feud to rest.

In an interview with Real 92.3 Los Angeles, Gerald set the scene at Paris Fashion Week, where he was sitting with Pusha-T and Pharrell Williams. “Don C tapped me, and he’s like, ‘Yo, Cudi wants to holler at you,’” he said. “I’m like, ‘What?’ I hadn’t met Cudi like that.”

Once they started talking, Cudi made a request. “He’s like, ‘G, you just gotta do one thing for me, man. Promise me you’ll do it.’ And I’m like, ‘Huh?’“ G-Eazy recalled. “He’s like, ‘Bro, you and Kells gotta make peace.’ And I kid you not, at this moment, Kells walked into this party.”