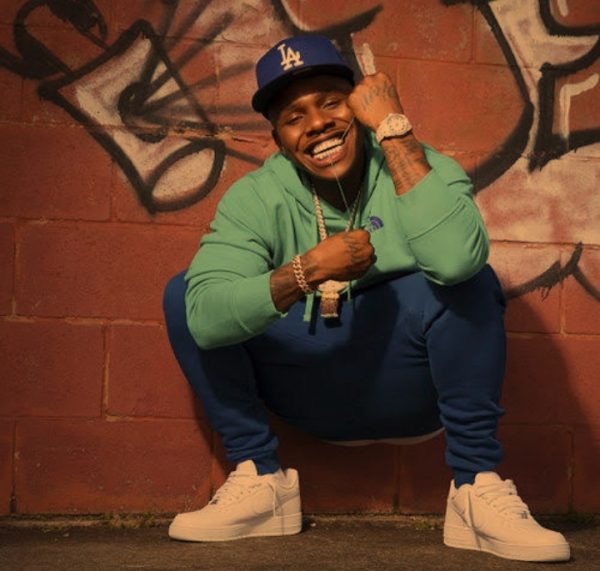 The Charlotte rapper has made another bazirre comment that he is a “once in a generation, once-in-a-lifetime, once-in-an-era type of star.”

DaBaby not too long ago rose to one of the hottest MCs in hip-hop today by debuting at No. 1 on the Billboard 200 with his KIRK.

In a recent Billboard interview, the Charlotte, rapper ezplained why he’s liked by such a wide audience by citing his similarities to rappers like Kanye West, Lil Wayne, and Drake.

In response to a LeBron comparison, Dababy said “It’s just the way I’m set up. Being that once-in-a-generation, once-in-a-lifetime, once-in-an-era type of star,”. “Like I got the creativity of a Kanye (West), the consistency of a Lil Wayne, the versatility of a Drake to make male and female songs.”

DaBaby has come up to be one of the most prolific artists of 2019. Just six months before putting out KIRK, he dropped his debut album, Baby on Baby. The project came with his breakout hit, “Suge,” which peaked at No. 7 on the Billboard 200.

All the while, DaBaby hasn’t changed up his style to conform to other artists. Instead, he figures out how to put his stamp on a track and stretch its boundaries.

“I feel like with me, I can’t ever just go pop. I’m still going to be me,” he also told Billboard. “With the shit I’m gon’ do and whatever lane I’m in, I’m gonna bend the rules. I’m gonna stretch it out and see what’s been done, see how to do me and how to do it differently.”