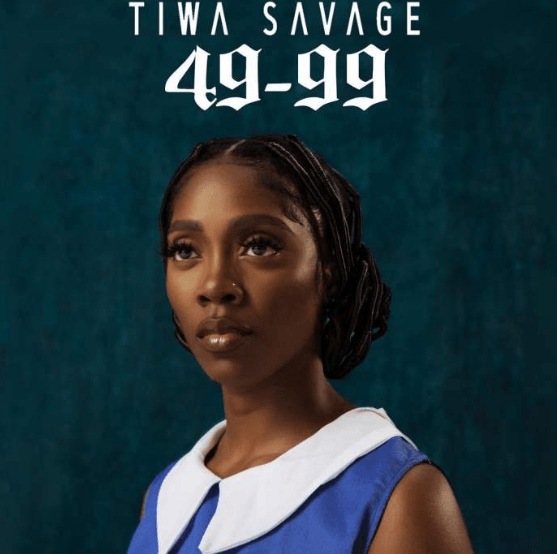 Nigerian diva, Tiwa Savage finally dishes out her most anticipated single and it is titled “49-99“.

After a long wait, Tiwa finally serves her first official single for the year, it comes after the collaboration with DJ Spinall and Wizkid on the masterpiece titled ‘Dis Love’.

Furthermore, she recently hinted the title and release date of her forthcoming project, her new album which might be titled ‘The Shift’ and it will be a follow up to her ‘Sugarcane’ EP which was released in 2017.

’49-99′ is exactly what we expected from Tiwa Savage at this point in time. If your playlist was human, he/she would be definitely happy right now.

The new song was produced by Pheelz. It was also done in honour of musical legend Fela.