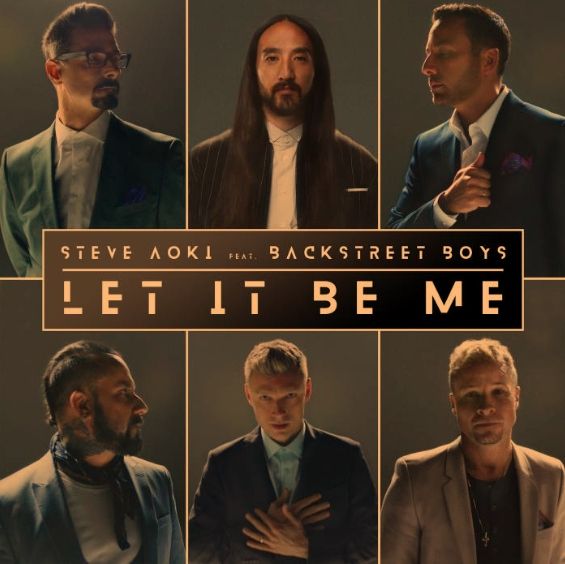 Steve Aoki & Backstreet Boys – Let It Be Me

Steve Aoki teams up with Backstreet Boys on a new song titled “Let It Be Me.”

On the 6th of September the pop group and the DJ/producer revealed they’re releasing new music, a song titled “Let It Be Me.”

The new collaboration was announced Monday night of 26th August on the artists’ social media pages.

They shared a music artwork photo of all six of them — Aoki alongside Kevin Richardson, Howie Dorough, AJ McClean, Nick Carter and Brian Littrell and some bandmate banter.