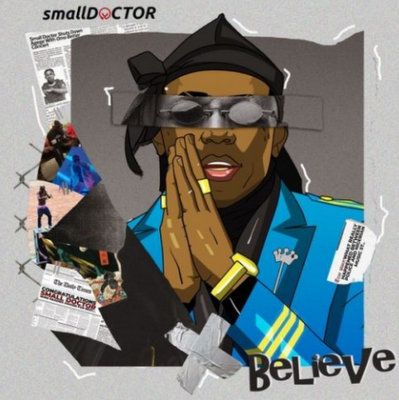 Omo Better crooner, Small Doctor presents a new song which serves as his debut single for the year 2019. The single is titled “Believe“.

On the new song ‘Believe‘ by Small Doctor, he talks about his music journey when he first started that no one believed in him but now he rolls with MAde men.

Also, he is implying that whenever you want to start a new thing or chase your dreams not everyone will believe in you but keep pushing one day you will reach the sky level and become a star that all will now Believe in.

Also, Small Doctor has featured in other songs like “Japa (Freestyle)“, “Penalty” and “Remember“.

Take a listen to “Believe” and share your thought below.