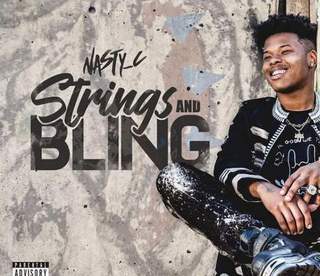 South African rapper, Nasty C drops another major tune titled “Gravy“. Nasty C started rapping at the age of nine, having been influenced by his older brother who was a producer at the time. He eventually mastered the process of music production and began adding his vocals on the beats he was making, later signing to Durban-based artist management company, Free World Music.

Gravy was released off Nasty C sophomore album Strings & Bling, The second album from Nasty C was premiered via Universal Music, Nasty C first project was under Mabala Noise that was Bad Hairs released in 2016.

Nasty C’s Gravy is one out of the 17 tracks off Strings and Bling, Its a tune with much desire, The song is anticipated to Top Music Charts in a matter of moments.