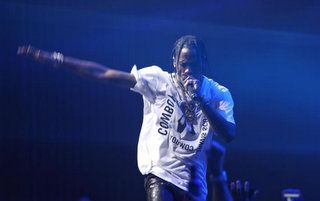 Travis Scott drops a new song titled “The Curse“. The Curse was freshly discovered online and while its origins are still unclear. It’s available to listen to via unofficial channels.

The Curse by Travis Scott was produced by Ritter. Ritter is an American producer born in Yonkers, NY and raised in Danbury, CT.

He came to prominence in 2012–2013 working with the producer Vinylz and later Boi-1da on tracks for artists like Jeremih and Joe Budden.

Also, Travis has featured in other songs like songs like “The Curse“, “Wake Up” Ft The Weeknd and “Watch” Ft. Kanye West & Lil Uzi Vert.

Take a listen to “The Curse” song by Travis Scott and share your review.