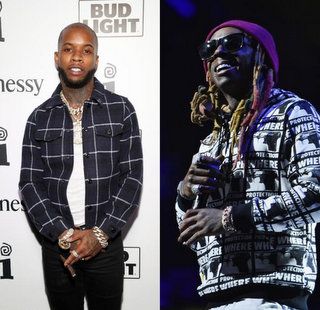 Tory Lanez presents the remix o the song titled “Talk To Me” featuring Lil Wayne. “Talk To Me” was also one of the first songs we heard from Tory Lanez’ new album Love Me Now? and it remains one of the most memorable. The hook is so damn catchy and a remix was eventually going to rule the world.

Tory Lanez revealed that he would be dropping the remix with Lil Wayne in a few hours, which never ended up materializing. With so much buzz around his name right now after the back and forth with Joyner Lucas, it makes sense why he would want to drop a remix to the popular track.

Take a listen to”Talk To Me Remix” song by Tory Lanez and share your thought Below..

You gon’ fall for me, you gon’ cut a b*tch and brawl for me
Whole bunch of missed calls from me, that’s withdrawal, honey
Let that n***a give you more money it won’t solve nothing
I take you shopping in all countries, buy your dog something