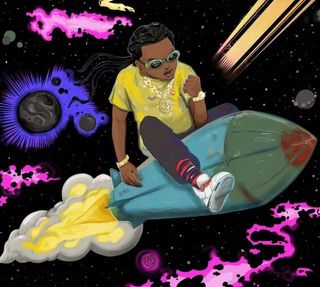 Takeoff drops a new song titled “Casper“. The song “Casper” also comes off his just released project titled ‘The Last Rocket’ and sits as the Eight track on his album.

Casper by Takeoff was also produced by Cassius Jay & Nonstop Da Hitman. Takeoff likewise raps about a Rolls Royce “Ghost”, and makes a play on words with a fictional character “Casper the Friendly Ghost.”

Also, Takeoff has featured in other songs like “Insomnia“, “Soul Plane” and “The Last Memory“.

Take a listen to new song by Takeoff and share your review below..

Been had that fame on the side of my hood
Swear it couldn’t change a nigga (How?)
You niggas are slow (Slow)
I can beat you runnin’ backwards (Backwards)
The way I ghost ride the Wraith
Thought you would’ve seen Casper