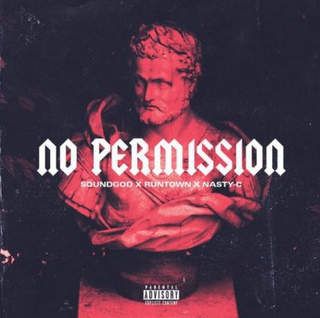 Nasty C drops heavy bars on this one, while Runtown switches his flow with a rap verse as well, nobody expected this, but its heavy. Just like their collaboration on “Said“, “No Permission” will also take over your playlist and airplay because of it potentials.

Take a listen to “No Permission” to song by Runtown and share your thoughts below..

I gat way too many life, have died a hundred times
I been fuck the other side, now am on the better side
Sold a million souls, niggas said i sold my soul
When the money call my phone
The truth is niggas strict will the mulla
I do what i want No permission