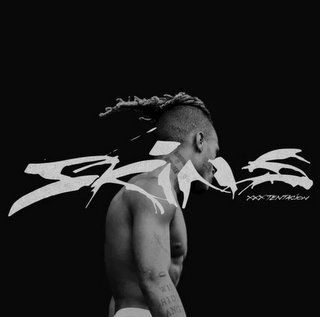 XXXTentacion’s single “Bad” has been released online. “BAD” is also the lead single off of XXXTENTACION’s first posthumous album, skins.

It was a snippet that X released (and later deleted) through his Instagram on May 18, 2018 with the “💡” emoji.

“Bad” by XXXTentacion was also produced by Robert Soukiasyan & John Cunningham. John Cunningham is an LA based songwriter and producer signed to SONGS Publishing. He’s also an A&R at Unrestricted.

Also, XXXTentacion has featured in other songs like ” Sauce“, “One Minute” Ft. Kanye West and “Arms Around You”  with Lil Pump ft. Maluma & Swae Lee.


Take a listen to “Bad” by XXXTentacion and share your review below..

Shawty heard you bad, word, so profane
Something like a bad, word, want your love
Call me when you can, girl, goin’ up, goin’ down
In and out, turn around