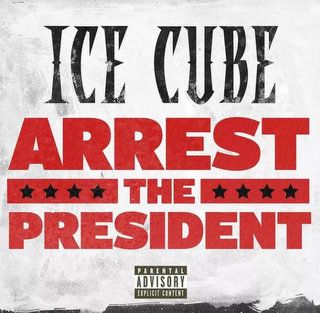 Ice Cube drops a new song titled “Arrest The President“. As a former member of N.W.A., Ice Cube is no stranger to politically charged lyrics. Ice cube also made his big return with the anti Trump anthem, which he teased on Election Day.

The 49 year old throws jabs at POTUS with references to some of the administration’s biggest scandals, like their alleged collusion with Russia and controversial immigration policies.

Take a listen to “Arrest The President” by song and share your review below..

Arrest the president, you got the evidence
That nigga is Russian intelligence (Okay)
When it rains it pours
Did you know the new white was orange?
Boy, you’re showing your horns