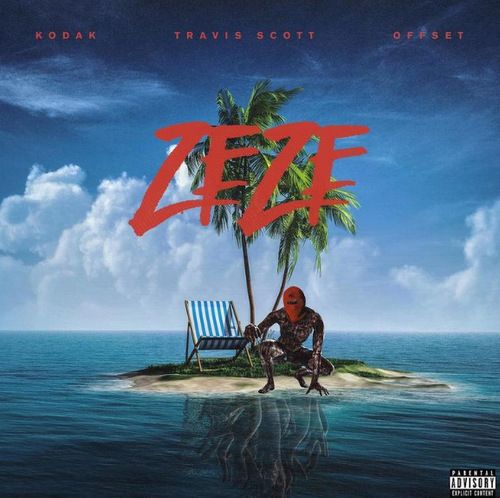 Kodak Black teams up with Travis Scott and Offset for a new single titled “Zeze“. Following up his first official single since getting out from prison in August with “If I’m Lying I’m Flying” with Bruno Mars and Gucci Mane.

Kodak chooses to remain consistent with his songs. Offering his new single with Travis Scott and Offset today called “ZEZE.”

The melody title is reputed to be a burrow at 6ix9ine’s most recent tune names, as “FEFE,” “BEBE” and “KEKE,” considering their back and forward posts via social media media a week ago.

Also, Kodak Black has featured in other songs like “Malcolm X.X.X.“,  “MoshPit” Ft. Juice WRLD and “Calling My Spirit“.

Told them hoes that don’t you panic
Took an island, flood the mansion
Dropped the roof, more expansion
Drive a coupe you can stand in
Bitches under cover
I’m an ass and titties lover

Music: Travis Scott X Offset – Back On It (mp3)