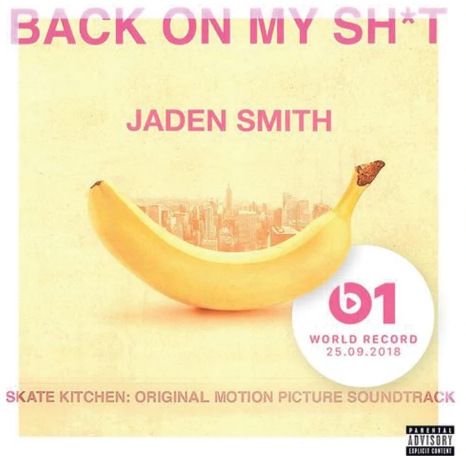 Jaden Smith presents a new single titled “BACK ON MY SHIT”. BACK ON MY SHIT was first publicly played on Beats 1 Radio in an interview (the interview can be accessed by Apple Music users) with Zane Lowe September 25th, 2018.

Jaden also said that the song will be apart of the movie, Skate Kitchen, which he also stars in.

Also, Jaden Smith has featured in other songs like “Plastic” and “Ghost“.

Take a Listen to “BACK ON MY SHIT” song by Jaden Smith and share your thought below..

Imma pull up in an X, and fuck a Ferrari
When I walk into the spot, they checking the water
Niggas is playing the games, this isn’t Atari
Don’t even know where I’m at, car going way too fast