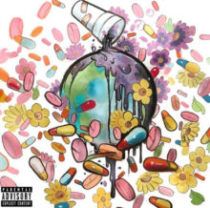 The song was produced by Murda Beatz. Young Thug and Future have once again joined forces on wax. This time, they’ve brought the lil homie Juice WRLD along; though his name is technically on the marquee, it’s hard to look past the combination of Future Hndrxx and Jeffery.

Also, Future has featured in other songs like “Stick To The Models“, “First Off” Ft. Travis Scott and “Crushed Up“.

Take a listen to the new song by Future & Juice WRLD and share your review.

Better not trust that bitch, better not swap your spit
I’d rather cop me a whip, I can’t diss no bitch
10 thousand dollars worth of clips, we ain’t runnin’ out of this shit
Split a Percocet with the bitch, 500 pointers on my wrist