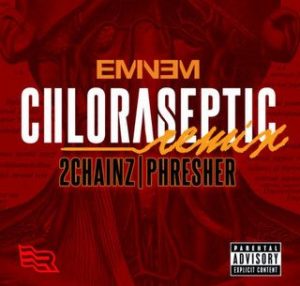 [Verse 1]
Take em to church, I’m talking the tabernacle
It’s the return of the body snatcher
Walk in the spot, make my woman smack ya (whoo!)
In a fruit fight, I aim at your Adam’s apple
Pull up in the candy car, eating a candy bar
And my girl eating a candy apple
Yeah, I line their ass up, I aim at their Cruiser
All of these stones on my neck, uh
They must have looked at Medusa
Pockets Rasputia of course
I drove some rims to court
I fucked some twins before
I had a Benz before, this is the sin report
This is the murder, murder, pass the burner, Em
Your money shorter than an acronym
Big body when I’m backin’ in
Ladi-dadi, got a bunch of bodies
Niggas faking, niggas human trafficking (whoo!)
I’m on the Act again, uh
This ain’t a accident, uh
King like AkRon
I run the trap again, you on the treadmill (treadmill)
Never, Neverland, shit came with a Ferris wheel (goddamn!)
Ferris day off, baby, AR in the same car
Most of y’all my sons, aww, look at little JR
F12 same color Kate Moss
Uh, I’m talking wrist in the pot
I’m talking this and you not
I’m talking bricks and you not
I’m talking straight up and down, nigga, like 6 o’clock
This is the equinox, this what the people want
Somebody at the door, I heard the speaker knock, uh

[Verse 2]
Do me a favor, don’t do me no favors
These bitches got flavors
They all wanna smoke but ain’t doing no labor
But they shopping at Raleys, they stinging like tasers
Act Hollywood like they play for the Lakers
They fly on the latest
Crocs, alligators, say hi to my haters
Pardon my neighbor
We eating that chicken, lobster, potatoes
You must be sniffing that yayo
If you don’t think I’m that nigga
Swagger on ten since a day old
It’s a okay though, whipping up whip like it’s mayo
Every track is a K.O., technical K.O.
Go off your head like I’m Ayo
Out of this world, talking NATO
It’s cause of jail, don’t be an A-hole
Cause I got shooters that shoot when I say so (lay low!)
Wanna be in my shoes, you ain’t paid no dues
Real nigga, you ain’t break no rules (hell yeah!)
High school, niggas ate you food
Might dumb it down a little, but I ain’t no fool (hell yeah!)
Niggas hate every day, B (yeah)
Shit is O.C. lately (yeah)
Gotta break them off with these Dre beats (yeah)
Or I might go crazy (hell yeah!)
These niggas too goddamn lazy (too lazy)
Don’t ever, ever, ever try to play me (to play me)
Lil’ shawty now coming from BK (BK)
But I’m tryna come up like Jay-Z (like Jay-Z)
Nothing but love from my heart (love from my heart)
I feel entitled to titles (to titles)
Fuck it, man, I want the title (I want the title)
Submission, they going all viral

[Chorus: PHresher]
Like Chloraseptic, septic
And you got strep, I’m too complex with, plex with
This shit I wrote is on some next shit, next shit
I’m at your throat, I’m feeling reckless, reckless, yeah (hell yeah)

[Verse 3]
Bin Laden with a pen, body it again
I begin slaughtering your men, prolly shoulda been
Ali or the Svengali embodiment of sin
Like a Saudi in the Taliban plotting an event
In the lobby of the Intercontinental with an obvious intent
And I will not even relent
Up on a little like Osama with a bomb under the bin
Inside the middle of the Pentagon
And hit a kindergartener with a rental (stop!)
Back and forth, back and forth
Like Jack Kevorkian’s ass to court
Rap mature! Why can’t you be like Macklemore? (huh?)
Why you always gotta smack a whore? (huh?)
It’s likely the psychiatric ward’s a last resort (huh?)
Something’s gotta give, that’s for sure
Yet you keep coming back for more
Not as raw as I was, Walk on Water sucks
Bitch, suck my dick!
Y’all saw the tracklist and had a fit fore you heard it
So you formed your verdict
While you sat with your arms crossed
Did your little reaction videos and talked over songs (chill!)
Nah, dog, y’all saying I lost it, your fucking marbles are gone
(wait, Em!)
But nowadays, every flow, every cadence sounds the same (skrrt)
Brain’s a powder keg, I draw inspiration outta hate
Real pain in the paper, I don’t trace
But if I look strange and outta place
It’s cause I’m an alien, that’s why I write till the page is outta space
Yeah, from 7 Mile in Novara
To How can I be down?, all of us tryna pile in the car (yeah!)
We shot for the stars (yeah!)
‘Cause we only got so much time in this world (yeah!)
So rewind it to your high school dance to the night before
If you think you’re promised tomorrow (yeah!)
Now I’m about to fool again
This tune is sick, it’s luminous, the moon is lit
A freaking lunatic, a human computer chip
And I’m soon to stick a broom in the uterus of your Hooters chick
If I was you, I wouldn’t do nothing stupid due to the mood I’m in
I’m losing it, you get chewed like a Junior Mint
Show me who to rip, it’s time for you to get screwed
Empty the lubricant and put super glue in it (woo!)
How many fucking rappers did I go through?
Dispel doubt, but you won’t admit I smoked
You was spellbound, hellbound in my snowsuit
But am I supposed to sound like everything else out?
Cause I don’t get compared to it, only myself now
And I can see the fair weather fans and sales down
But the only way I care is if I let myself down
But what the fuck have I woke to?
Time to eat the vocals and shit out Pro Tools
I know you still want me to ill out, don’t you?
Hoping the old Slim’s gonna spill out, open
Fire on your whole camp with this spit I wrote you
So chill out, no, you
Hoes couldn’t roast me with the shit I wrote you
Then I took a stand, went at Tan-Face and practically cut my motherfuckin’ fan base in half and still outsold you
You just called my shit trash
Thank God, I rap better when the odds are stacked
Revival’s wack, I don’t like the Zombie track
Or when he’s talking that garbage psychotic crap
Where’s your content at?
What’s with all the conscious rap?
Pink, Beyoncé this and Kehlani that (yeah!)
I just added to the fuel in my rocket pack
Til I’m ready to respond, then I’ma launch it at them
Idiotic from the fucking embryonic sac
To the bodybag, I’ll be back
And when I am, I’ll be at your fucking throat like